We choose GHI (https://www.ghielectronics.com/) and Seeed (https://www.seeedstudio.com/) to purchase a lot of the hardware. GHI uses .NETMF capable hardware which is great. I’m using .NetMF 4.2 for this project.This means I can write embedded code in C# and have it cross-compile in Visual Studio 2012 and run on the GHI hardware. This is really great because I get all of the power and flexibility of C# when coding. There is some overhead in this on the hardware side but for a light weight application like this it is a really great way to quickly prototype. 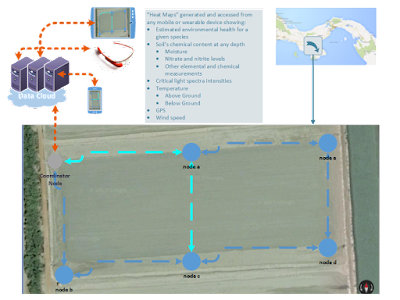 Figure 1: This is an overview of how Hummingbird could be used to send information to VivaPlanet.

A functional test can be easily constructed with 2 XBees and a BJT Oscillator (more details on how to do this are here: http://meca-labs.blogspot.com/2014/05/fun-with-xbe…) The sensor node is the easiest node to assemble it is shown in Figure 2 below. We hacked into a solar powered light and added a moisture sensor to the bottom. Then we ran a wire up to the top and stored the XBee (series 2) and power system. The XBee has 4 ADC converters and we used one of these to poll the moisture sensor and send the information to the coordinator node. We just used XTCU to program the sensor node. 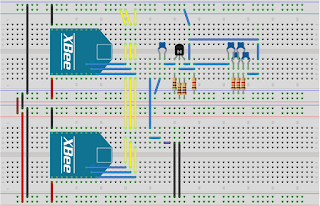 Figure 2: Functional example of 2 XBees sending ADC data from a BJT Oscillator to a coordinator node. 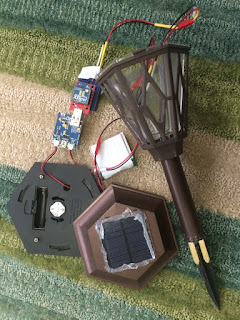 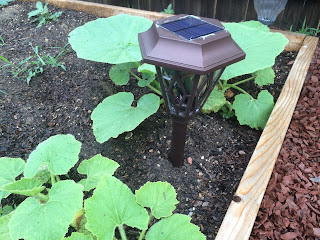 The coordinator node is also the same solar power set but it consists of a GHI CerbuinoBee an XBee (series 2) and some sort of way to connect to the internet. We’ve demonstrated this project with a GHI GPRS module, shown in figure 5, and a USB-Serial Module. Using the Serial interface in C# is really simple and that’s what we’ll focus on here. Getting the GPRS working is tricky and is another project in itself. 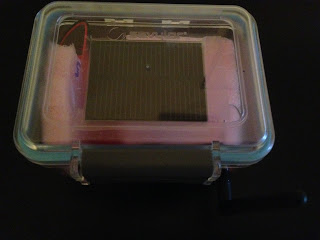 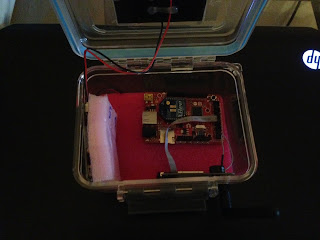 I’ll post the code in github and link it here. But for now there is a tutorial: https://blazestonetechnologies.com/2015/07/06/hummingbird-tutorial-ii-visual-c-netmf-4-2-and-zigbee-series-2/